Spiritual University Fall 2021: What Is Religion?

In his A Contribution to the Critique of Hegel's Philosophy of Right, Karl Marx said this about religion, "Religion is the sigh of the oppressed creature, the heart of a heartless world, and the soul of soulless conditions. It is the opium of the people."

This quote from Marx is used often in response to the ills of religion But what does Marx mean when he says that religion is the opium of the people? If Marx here is criticizing the entirety of religion, then how do those of us still participant in religion respond to this criticism? Do we fight back with apologies for religious tradition? Or do we acquiesce and confess defeat? Or do we do both?
The only way to begin to address critically what Marx and others--past and present--are saying about religion is to understand what religion is in the first place. What do we mean by the term "religion"? What is the essence and the substance of religion? What is the difference between religion and, say, spirituality? Or, rather, another question: what is the difference between a religion and a cult? And there are many other questions we can ask.
In my opinion we need a place to talk about this very abstract and difficult to pin down subject matter. So, starting on September 23 and running for the following six Thursdays, I'll be holding space for us to talk, to discuss and dialogue about all things related to religion: what it is and what it is not; the good and the bad.
So, come join me on Thursday evenings starting at 6:30pm and running 'til about 8:00pm at Spiritual University. Let's start the conversation here at The Church of the Nativity.  It's where you belong. 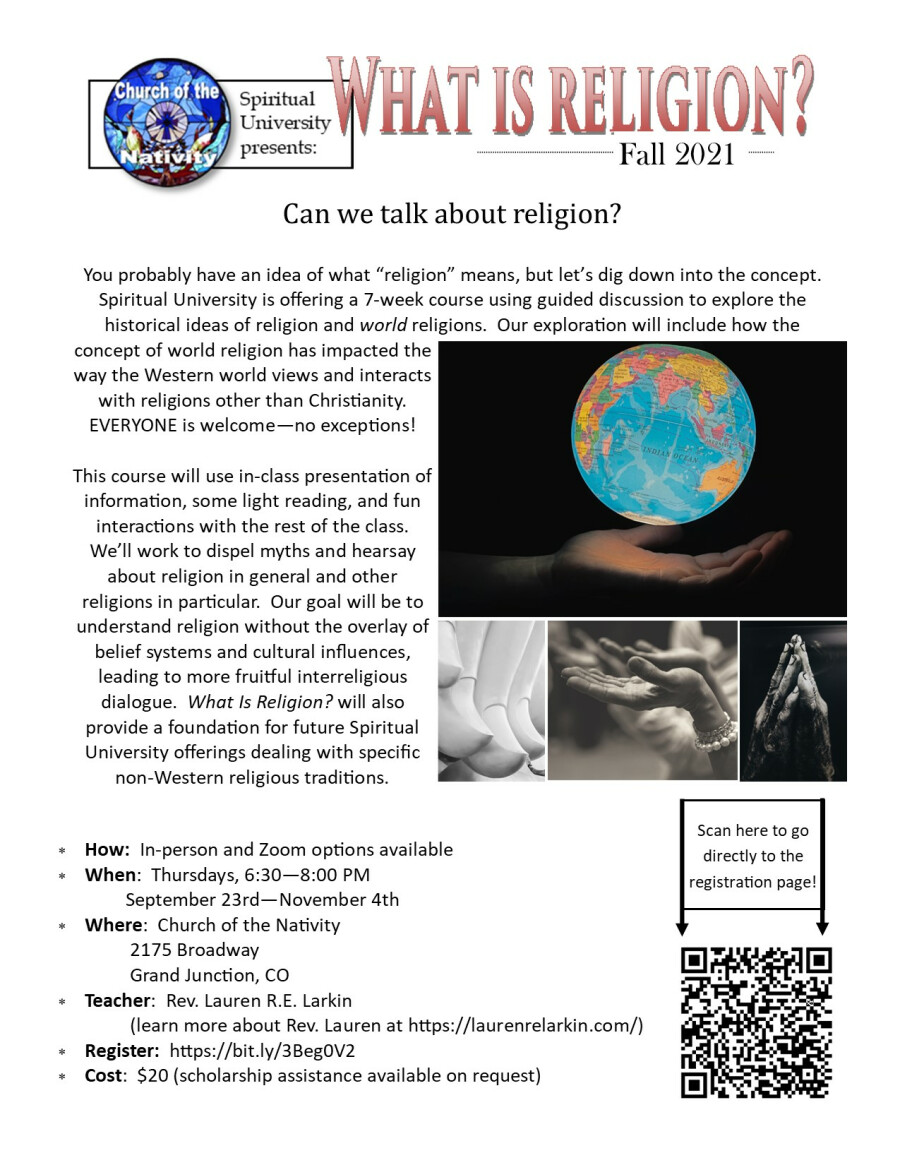